Do you remember ICQ? This instant messaging software used by over 100 million people worldwide was founded in Israel in 1996! Since then a lot has happened on the Israeli startup and innovation scene. No wonder that the Tel Aviv area is sometimes called the Silicon Wadi (Valley in Hebrew). Israel truly is The Startup Nation.

Recently we’ve had an opportunity to meet in person our previously-remote friend Udi Bobrovsky form Israel and get some first-hand insights into the Israeli entrepreneurship phenomenon. This is what he said…

We could say that every second Israeli is an entrepreneur or at least has an idea, which they would like to develop and promote. We have more and more companies being founded in Israel.

Most of them pop up in the Tel Aviv area since it’s the place where most accelerators, VCs and tech hubs are located. A lot is going on in the startup scene there. With hundreds of meetups, demo days, hackathons and other startup events, almost every day you can find something interesting to attend. And the entrepreneurship spirit is gradually expanding also to other parts of the country.

As far as the industry is concerned, most entrepreneurs go for internet apps, however, there are also many bio startups and hardware companies among others.

There are many programs supporting innovation, private and governmental. Innovative entrepreneurs may choose among a wide variety of grants and loans available to them.

There are also a lot of other funding opportunities that Isreali startups can benefit from. Many of the startup owners who already succeeded became second-time entrepreneurs or angels willing to invest in new companies. It is obviously never easy to raise funds. However, if you really believe in what you’re doing, willing to go the extra mile, have a decent business idea and a good team, you will find the necessary funding, eventually.

Also, many Israeli entrepreneurs start their careers early, while still at the university. Here, they will also find a lot of opportunities and support since universities encourage innovation and sometimes offer cooperation with VCs or other organizations such as accelerators or tech hubs.

Quite a few companies made it to the very top. Most startups in Israel from the beginning aim for the global market since the local one is really small. The trend is that at some point, a successful startup is acquired by a global company that helps to take it to the next level. Since most expansion opportunities are abroad, it makes sense to merge with a strategic partner. Otherwise, it would be difficult to penetrate foreign markets and take over a substantial market share.

Let’s look at some of the Israeli companies making it big on the global market:

Wix is a cloud-based website creation platform with over 78 million users worldwide. It was founded already 10 years ago. Now is one of the major players in the global market and in 2013 it made its debut on NASDAQ. Though a big company now, Wix has maintained its agility and startup culture as well as its headquarters in Tel Aviv.

Waze is a community-based road navigation system that was acquired by Google in 2013 for $1.3 billion. It also won the Best Overall Mobile App award at the 2013 Mobile World Congress, beating Dropbox, Flipboard, and others.

Viber is an instant messaging and Voice over IP app for smartphones. Founded in 2010 by 2 friends from the Israel Defence Forces, it reached 900 million users in 2012 and was acquired by Rakuten for $900 million in 2014.

GetTaxi (also known as Gett) is a GPS based app connecting customers and taxi drivers. It currently operates in more than 50 cities in the world, including New York City, London, Moscow as well as 13 cities in Israel.

Being a small country in the Middle East, far from Silicon Valley, might seem a drawback. However, one of the strengths of Israeli startups is improvising. It’s OK to start small and then try to find a way to hit the global market. If one way fails, then another will work.

Failure is perceived as part of the learning process and therefore, even if you tried something and it didn’t work out, it is not the end of the world.

Based in Tel Aviv, Israel, Udi Bobrovsky is an entrepreneur with over 15 years of experience, leading innovative teams from concepts to successful products in various industries, regions, and media. Founder and co-founder of several startups, currently he is the Director of Products in Meteo-Logic, a pioneer of Big Data and Algorithm based Power & Weather forecast 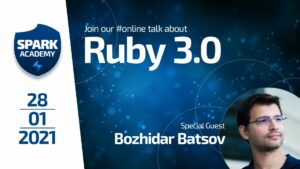 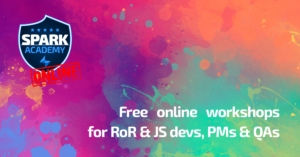 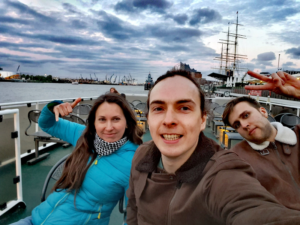 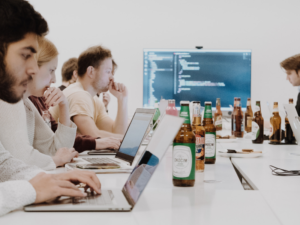 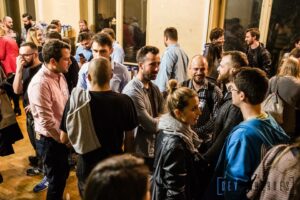 DevHeroes Meetup #1: heroes are not born, they are self-made