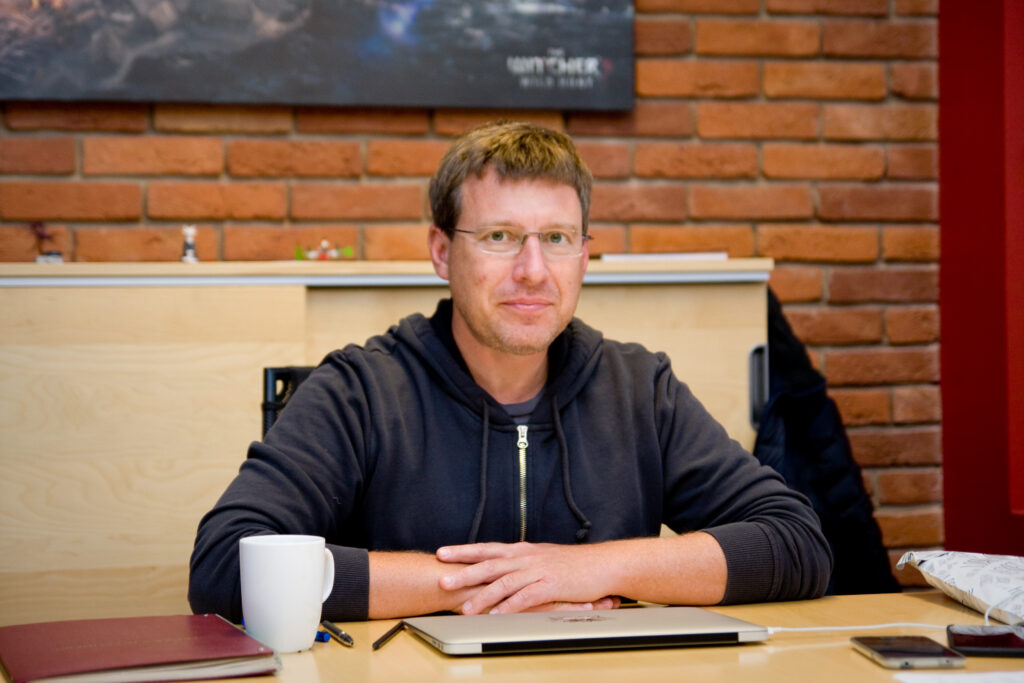 Adam Kiciński, CD PROJEKT boss and co-author of the global success of the Witcher game series; laureate of the Polish Business Council Award, answers questions about innovative business development on a few dozen markets at a time. How to promote an unknown brand in the global market? How to run successful sales? How to recruit and motivate employees? How to make always impatient investors happy?

There’s no hiding that for the Western games industry the most important markets are Europe and the United States. They are simply the biggest and have the best sales potential. We focus on the US market, because, even though it is very hard and challenging, this is where you can be most successful and earn the most. Moreover, the US naturally influence the whole world, as a lot of global media are based there.  However, success in America is not enough.

The key to our success was that from the very beginning we thought globally, but then we took local actions in each region, best fitting each market characteristic. And we continue doing this in different areas – business, promotion, and communication.

In the case of The Witcher 3, we established cooperation with 19 distributors all around the world. In each region, we managed to find the best company, thanks to which we had really awesome partners. In the most pivotal markets (the US, Russia, Germany, Brazil, Mexico) we also have our own people, who take care of our business, especially PR and all the communication with our players.

Furthermore, our teams visited all territories and promoted The Witcher 3. This was noticed and appreciated and, more importantly, gave us direct access to local media. Thanks to that our message reached the audience without distractions.

It is also worth mentioning that The Witcher 3: Wild Hunt was published in 15 language versions (e.g. Arabic), which is quite exceptional, but it really helped us to achieve such great success globally. Perhaps as Europeans, we understand better, that there is more to the world than just America.

Our example demonstrates that it is not enough to focus on America and take the rest for granted. You have to add value on the local level.

Big deals are only made face-to-face

You have to travel. Being based in Poland and willing to do business globally, you need to fly a lot. Of course, you can settle some issues by e-mail and on the phone, sometimes even serious things, provided that on the other end of the line you have a partner who already knows you well. However, to establish a deeper relationship it is worth meeting face to face. You can achieve much more this way because you are simply treated more seriously.  At the end of the day you have to admit that, after all, the most important transactions are not concluded on the phone. As simple as that.

In terms of communication with the media, from our point of view, it helps a lot to be present at industry fairs. They say that nowadays, with common internet access, they have no significant meaning anymore. However, one huge advantage of such fairs is that you can find all those that matter in an industry in one place and at the same time. You can personally meet journalists from all over the world and show them your product.

Shorten the distance to the client, be authentic and enthusiastic

You have to be as close to the client as possible. Shortening the communication path between the manufacturer and the consumer is crucial here. As creators, we have a very enthusiastic attitude towards our product. Nobody understands our games better than we do. No PR agency or distributor will be more enthusiastic than we are. Outsourcing this communication, we would risk that some of this energy would be scattered and the message partly distorted. This would mean that the clients’ enthusiasm would be smaller, too.

Moreover, you obviously need to present the product and a PowerPoint presentation is no good here. This won’t set anyone on fire, especially in an industry such as ours. It has to be a demo, even if we are still in the middle of production and can only show a tiny fragment of the game. What we show must be prepared even better than ‘the best you can do’. And the content thought over and inspiring to be written and spoken about

We try to personally reach journalists who write directly for players and get them infected with our enthusiasm. Once we presented our game to over 1 000 media representatives during a few days fair, having at our disposal only a conference room for 25 people (where 40 people squeezed for the presentations). It took a lot of work, there was a queue and a waiting list and numerous repetitions of the same presentation by a few presenter teams taking shifts, but we managed to handle all of them. The journalists were impressed and when they came back to their countries, they wrote about us and so we reached the audience directly. This way we got local, first-hand coverage all over the world and not reprints from US magazines or the internet.

Obviously this is something you need to learn because apart from fairs and marketing you have to work on the most important thing which is the product itself. It’s not easy, but there’s no other way.

Branding (over time) needs to be uniform and universal

For a game to succeed globally, the original Wiedźmin had to become The Witcher. This could not have been avoided, due to difficult pronunciation or Polish characters in its spelling. Even though The Witcher is a new word – a brand we introduced and promoted, English speakers grabbed its meaning at once.

Actually, the English name is not used everywhere. In Russia we have Wiedmak and in the Czech Republic Zaklinacz, but this is because in these markets he was previously known under these names from the books.

The Witcher, however, prevails. 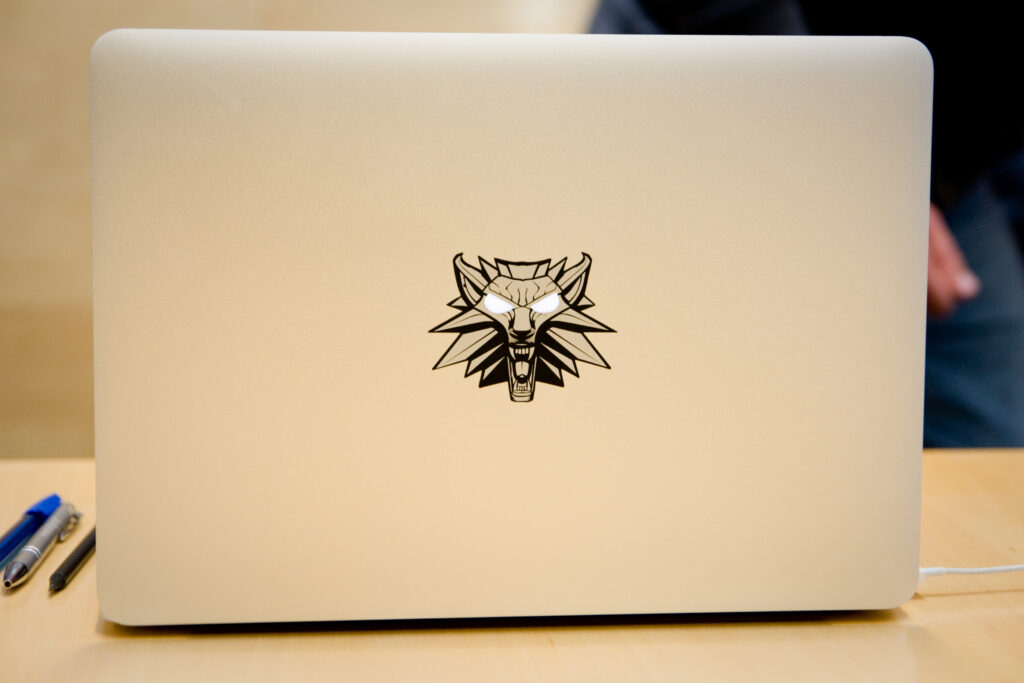 In marketing, you have to be sincere, but not too modest

You should promote your product honestly. You shouldn’t cheat, as a lie always has short legs and will get verified quickly. Making too big promises and raising expectations that cannot be met is a classical mistake. If the final product does not come up to how we presented it to people, it can disappoint the audience, even if it is actually quite good.

In marketing, you have to be sincere, but not too modest. It is the art of selecting those features of our product, about which we are absolutely certain, that they will be outstanding and placing a lot of emphasis on them in communication. Generally, we’re speaking more of PR now, which plays a key role in our case. We use marketing for the endgame, for the final push.

In the case of The Witcher 3, our marketing campaign was designed globally. We created one promotional scheme, which was then modified for each territory.

We adjusted not just the content to the specifics of a given region, but also the media selection. In the US TV plays a big role, while there are hardly any industry magazines. In Germany, in turn, on-line media and the press play the key role.

We had a total of 40 advertising budgets and this was just the number of independent campaigns we ran. They differed in details, but it was exactly these details that made the campaign successful in each territory.

You need a product marketing plan for months, if not for years ahead

When planning PR and marketing, you need to have a communication plan, prepared in advance, from the very day you announce a game until it is launched on the market. You should plan the campaign so as to have something to speak about all through that time, which can turn out to be longer than you initially assumed.

Announcing a product, you need to make a huge BANG, but then you should show something from time to time, disclose further details. If you reveal everything at once, people will quickly forget about you. It will be the same if you say too little. We develop our content and build up tension so that it peaks at the moment of release.

At this time it has already become easy for us to think globally because we have in our team a few dozen ex-pats who work on our games and their promotion. Both our product and the content describing it are global from the very beginning of its creation.

You may only expect miracles from the best people

There is no universal way to create a good team. You must seek and hire the best – there can be no compromise about this. We assume that it is better not to hire anyone for a position than to employ someone average.

Then you have to be as good as you can for these people. It doesn’t mean they have to earn telephone numbers. Money is obviously important, but you also need to think about people’s needs.

The workplace should not be a source of frustration and misfortune. The company should create a friendly environment for their employees.

We do expect miracles from our people. They are outstanding creators who want to achieve very ambitious goals. The assumptions we make for ourselves seem to be out of reach at the beginning. It is enormous creative stress, so the role of the employer is to try to eliminate other sources of stress.

The product recipients are more important than investors

Our thinking is not focused on making the investors happy, but on a good product and its recipient. After all, we make the game for the player. And we are certain we follow the right path.

Investors are of course very important, but we cannot run our business only per their wishes. We do everything to build the company value and we firmly believe it will increase if we think first of our customers, that is the players. And it works.

If somebody founds a start-up but spends too much time thinking who and how much could invest in it, then I am not certain if they will conquer the world. Perhaps the best they can do is to sell the company well. Money is important, of course, but doing something that changes the world gives you a totally different kind of satisfaction.

If I were an investor, I would only look for those who are absolutely crazy about their idea and not the perspective of a lot of money at an early stage.

Magaloop – a Berlin based startup that helps small shop owners

How much should your MVP cost?